Facing a large-scale business transformation, Insurance Company of British Columbia struggled to bridge the gap between agile and waterfall approaches. But with the adoption of Disciplined Agile, the company found a strong solution that provided both scale and flexibility in project delivery. Mark Lines explains how it happened.

Undertaking a large-scale business transformation has been likened to building a jetliner while it’s still in flight. But transformations in the government sector are even more complex.

Consider the case of Insurance Company of British Columbia (ICBC), which provides auto insurance to residents of British Columbia. ICBC’s project professionals had a clear mission: converting the company’s 1960s-era mainframe system to a 21st-century commercial off-the-shelf solution as part of an overall redesign of ICBC’s business. There was no room for error; the government had made a commitment to BC residents that the work would be complete by a set date.

Enter Disciplined Agile (DA). ICBC had experience with agile, but the team recognized the need for a more pragmatic approach—one flexible enough to encompass elements of waterfall and one that would allow the team to hit the fixed deadline. DA answered all these needs while also empowering the team to operate in a nimbler and leaner and fashion.

The ICBC work illustrates some of the best practices that we strive to bring to every DA engagement:

We quickly began to see the benefits of these best practices. For example, there was a notable improvement in team morale–a leading indicator of DA success. Using DA, teams were empowered to make decisions on their own rather than wait for a decision to be handed down to them. They focused on productive work, rather than paperwork. And they had access to the DA tool kit and supportive coaching for ideas about strategies and effective practices.

Internal clients were happier too. Because the teams stayed together longer, they developed a deeper understanding of the business. This made them far more productive, improved the quality of their work and strengthened their relationship with business leaders. The result was a positive feedback cycle in which happy team members produced better work, which prompted kudos from business leaders, which made the team happier still. Ultimately, of course, all this led to better quality products and happier customers.

And that, of course, is where the real business value lay. Thanks to DA’s iterative process, ICBC was able to move functionality improvements into customers’ hands faster via a series of incremental releases rather than in one big bang. Indeed, the number of releases, including several substantial releases, increased sevenfold in the first two years. In the end, the team delivered 36 successful transformation projects—on time and on budget—as part of the larger transformation at the company.

Since our initial engagement, ICBC has transformed itself and the way it does business. And Disciplined Agile was an important component of that transformation. It provided the practical, structured approach—the discipline, if you will—that a governmental entity like ICBC needed to make it all possible. 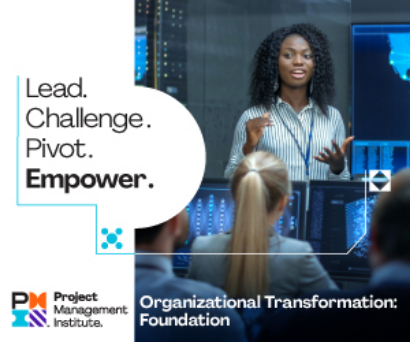